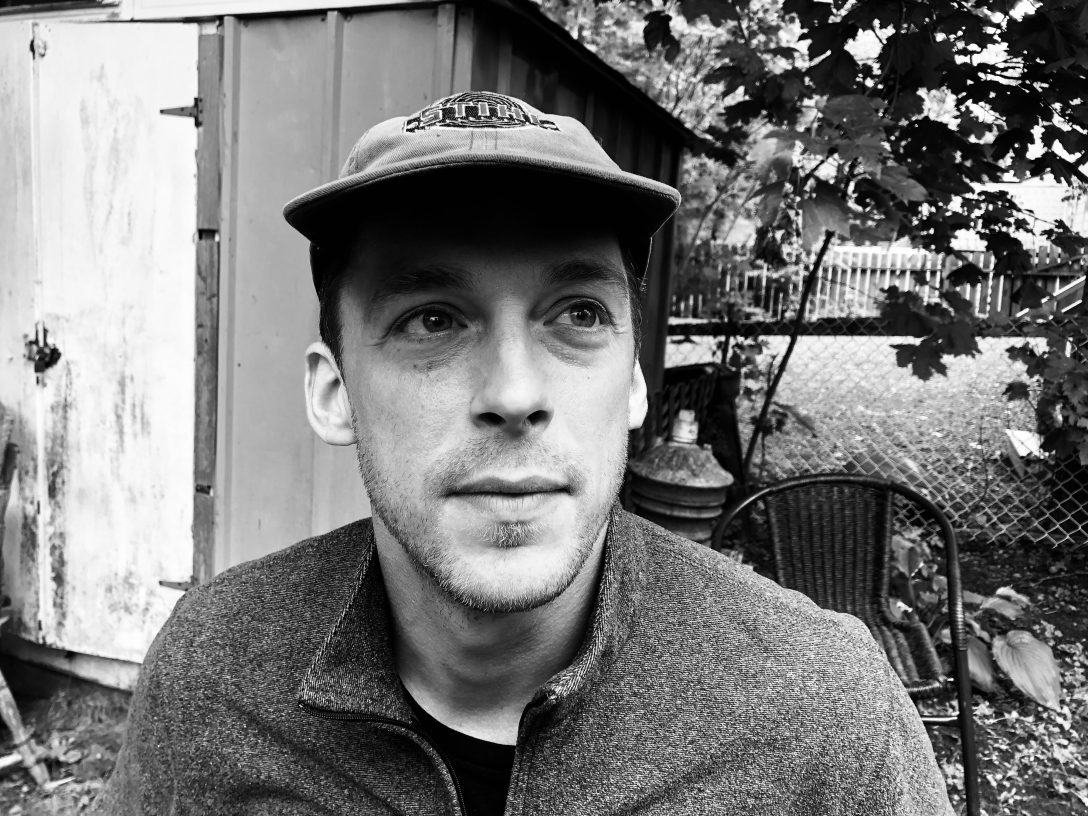 I started recording music with Albert Lionais in 2008, we recorded two or three times a year until 2011. The recordings committed to vinyl made the most sense to me. Albert engineered 95 % of this record the other 5% was done by me using things that I learned from Albert. The ‘A’ side of the album was released digitally in 2011. It was mastered by Jay LaPointe at Archive Mastering. Tracks ‘Marie’ and ‘Texas Holding Cell’ were mixed by Jamie Foulds at Soundpark Studio, the remaining four tracks were mixed by Albert Lionais at Soundpark , owned and operated by Jamie. The ‘B‘ side of the album was released digitally in 2013. The first track ‘Old Dogs Wedding’ was mixed by Albert in Trevor Turnbull’s basement. The next four tracks were mixed onto tape by Charles Austin at Echo Chamber Studio, the last track was mixed by Jamie Foulds at Soundpark.  The lacquer masters were cut by Paul Gold at Salt Mastering. The pressings were done by Fernando Baldeon and the team at Amtech/ Duplication.ca. I took the photo on the cover and the graphic layout was done by Ian MacDougall. The female singing on ‘Last Fall’ and ‘Crazy’ is Carolyn Lionais. The Fiddle being played on ‘Last Fall’ is being played by Colin Grant. The Band on the ‘B’ side consists of Joe Waye Jr on pedal steel, Johnny Hawkins on Drums and Eric Burke on upright bass, Joe Waye Jr also plays an acoustic guitar solo on the track ‘Crazy’. My hope is that you listen to this album every few years while cooking or washing the dishes.